How Could You Make Less Into Much More ? 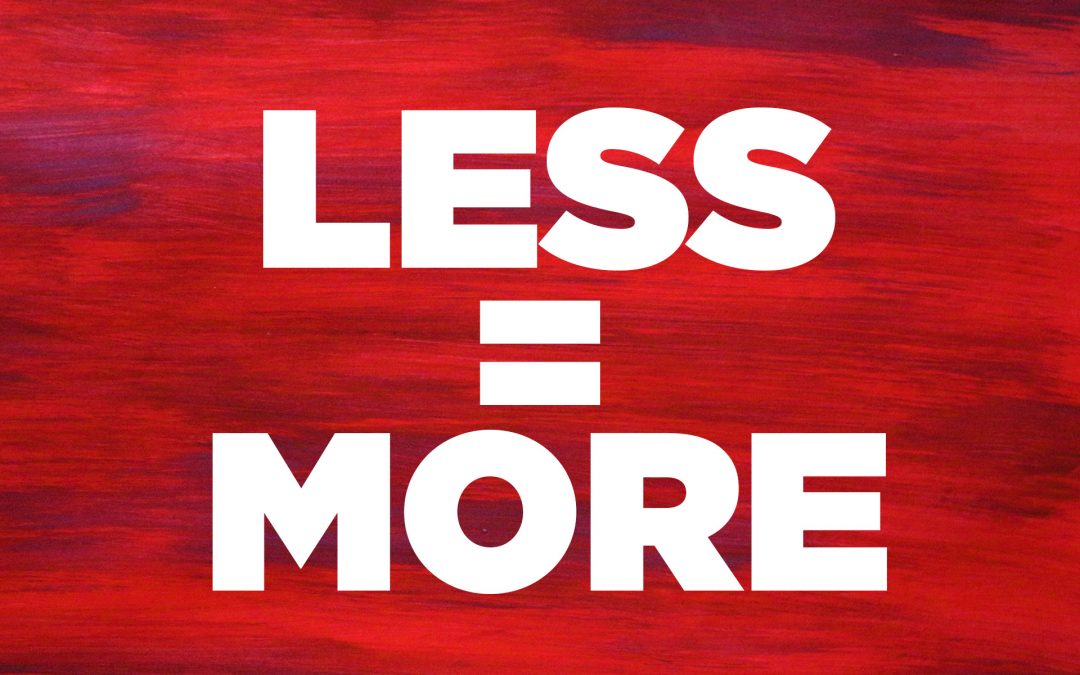 As a Creative Director and Designer, a consistent challenge is finding the place where the “dream” can become reality. Here’s some scenarios I have faced…

I’m delivering a compelling auto show experiential environment, but the footprint is reduced. What do we cut ?

Coming up with a fantastic segment for a broadcast music awards show… We want to use a kid’s choir, and bring up 100 people from the studio audience to create an incredible gathering onstage. How do we rehearse that properly given that we will have only one hour of tech time ?

Designing a tour of a hit Broadway show, but the producer has limited us to 4 trailer trucks – How do we get the same spectacle to New Mexico that we have in New York ?

There is always a moment where the creative idea hit’s the hard physics of reality.

I used to think this was hard. That it represented a diminished idea. Or an opportunity lost. But over time, I have come to believe that less can be more. It’s about mindset. I had to identify tools to remove my mindset as a constraint.

I decided to come up with questions that would help me reframe limitation into opportunity when I was feeling this way. Here’s a sampling:

“What could I do with MORE constraints ?”

“How could scaling down radically be as powerful as scaling up ?”

“What if I HAD to convert a constraint into a feature ?”

“What constraints are removed if I don’t have to do it all ?”

“What constraints could I ignore for now ?”

“What is a real constraint, and what is my own fear of failure ?”

This last one is a powerful question. Sometimes we see constraints when in fact we are feeling irrational fear of failure. This is a constraint that it is entirely within our power to remove.

You have to be willing to dance with fear.

Flipping the script on constraints is a creative super power. It is one of the skills that sets the master apart.